Whether you have set aside a full fortnight for a totally immersive safari leaving no wildlife wish list unchecked or are keen to fit the very best there is on offer in a shorter eight-day adventure, SkySafari offers itineraries to match all manner of requirements. 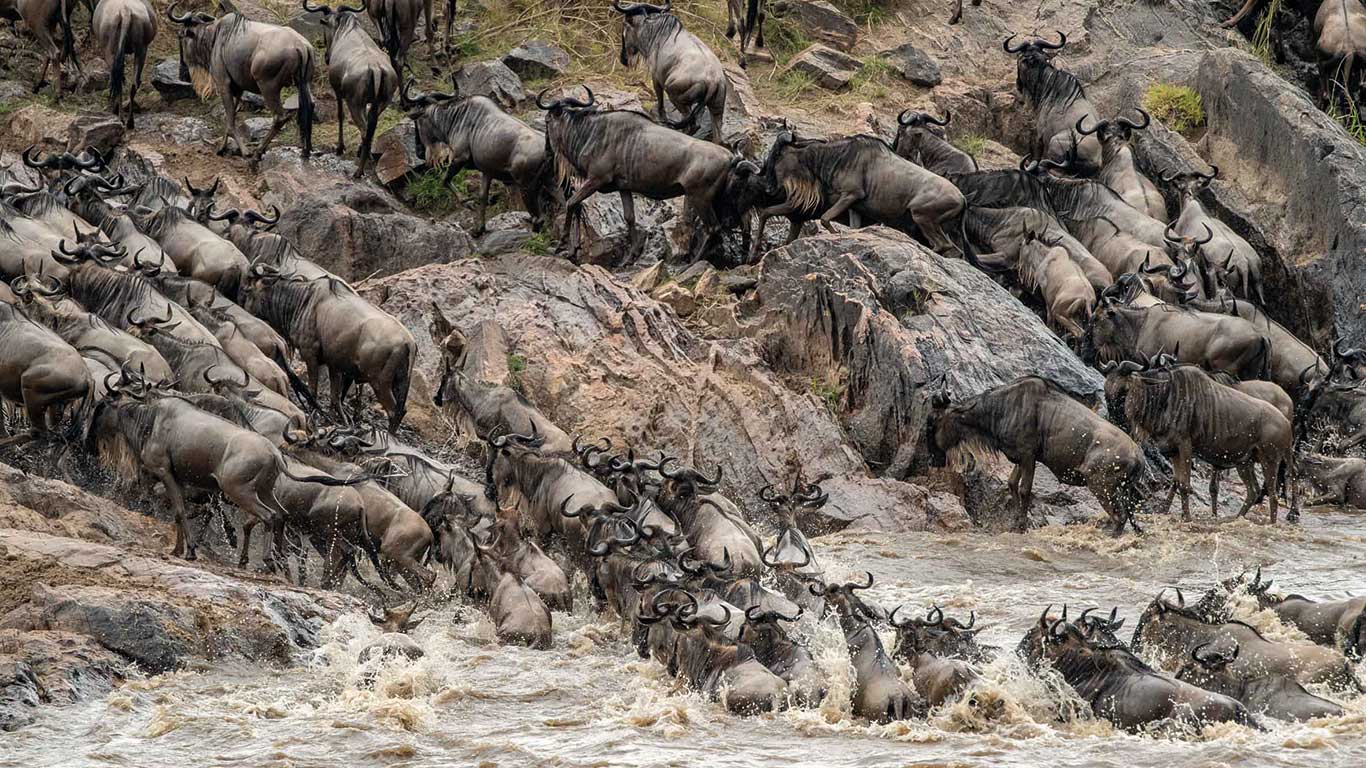 The SkySafari East Africa itinerary has been carefully crafted to combine the magic of two African safari giants in one seamless epic journey.

The 13-day itinerary starts with an overnight in the Kenyan capital of Nairobi before being whisked off in a SkySafari plane from Wilson Airport to Elewana Tortilis Camp Amboseli in the foothills of the majestic Mount Kilimanjaro bordering Amboseli National Park, home to 100-strong herds of elephant, including big old tuskers. Guests will have two days to capture the iconic photo of elephants in front of Kilimanjaro before heading to Elewana Loisaba Tented Camp in the impressive 56,000 acre Loisaba Conservancy. Sitting within Northern Laikipia, it’s a ravishing landscape of rolling river valleys, rich forests and open plains and home to the Big Five and endangered rarities like black leopard, wild dog and more than 260 species of birds. The Kenya adventure concludes with two nights in the Masai Mara at Elewana Sand River Masai Mara, ideally located on the banks of the serene Sand River. Day eight of the safari adventure will see guests fly over the border into Tanzania to the Serengeti National Park to check-in to either Elewana Serengeti Migration Camp or Elewana Serengeti Pioneer Camp. Both camps are the perfect base to explore the abundance of game on offer from the Big Five and cheetah to huge plains herds. The last two days of the journey will be spent staying at the lavish Elewana The Manor at Ngorongoro, an elegant Cape Dutch-styled property tucked into the Tanzanian highlands, ideally situated to explore the nearby Lake Manyara and Ngorongoro Crater. The journey will conclude with a flight back to Arusha where guests will be offered a day room at the Elewana Arusha Coffee Lodge, before departing for their journey home. 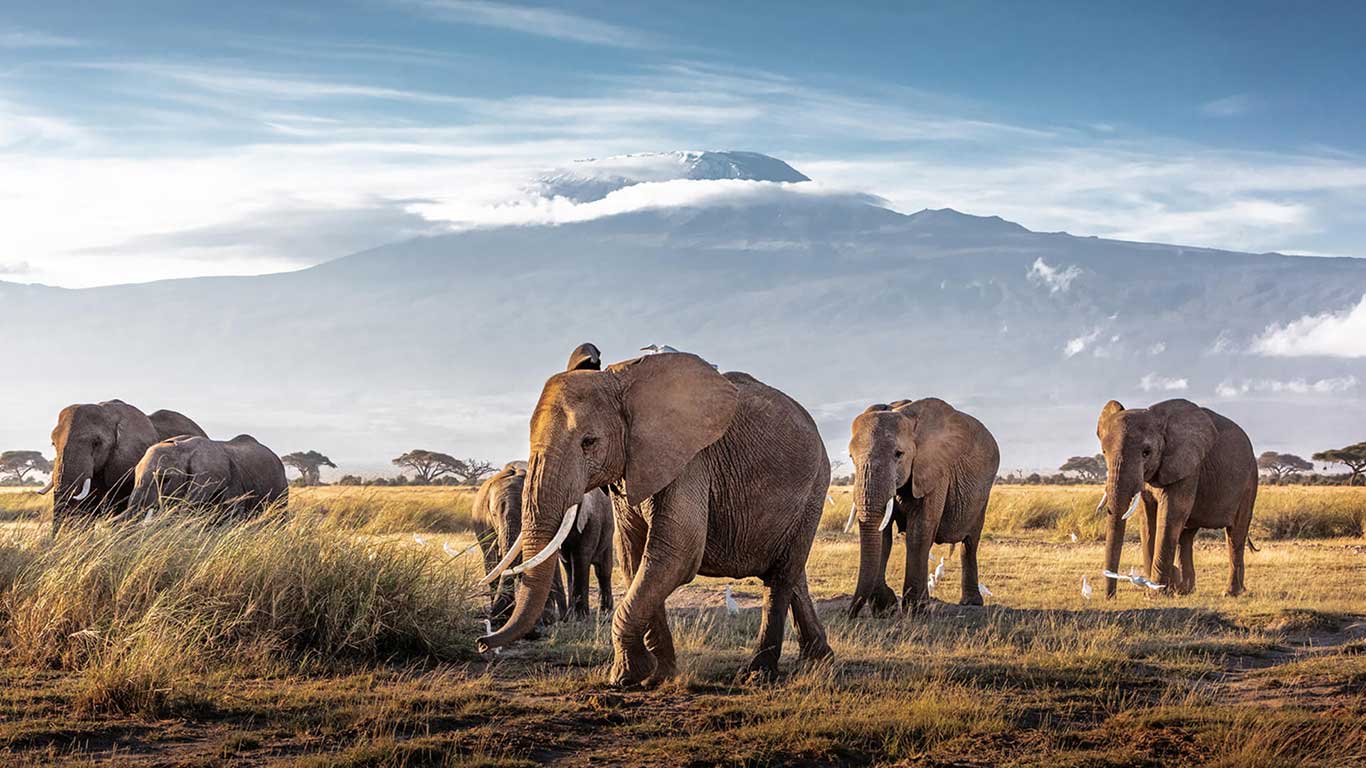 The SkySafari Kenya journey begins with overnight in Nairobi and includes two nights at Elewana Tortilis Camp Amboseli in the foothills of the majestic Mount Kilimanjaro bordering Amboseli National Park. Guests will then fly on to Elewana Loisaba Tented Camp in the impressive 56,000 acre Loisaba Conservancy, one of Kenya’s most important elephant corridors where they will have time to learn about the amazing research projects and conservation projects that take place in the vibrant eco-systems with spectacular views across to Mount Kenya. The final nights are spent at Elewana Sand River Masai Mara in the famous fertile savannah of the Masai Mara. 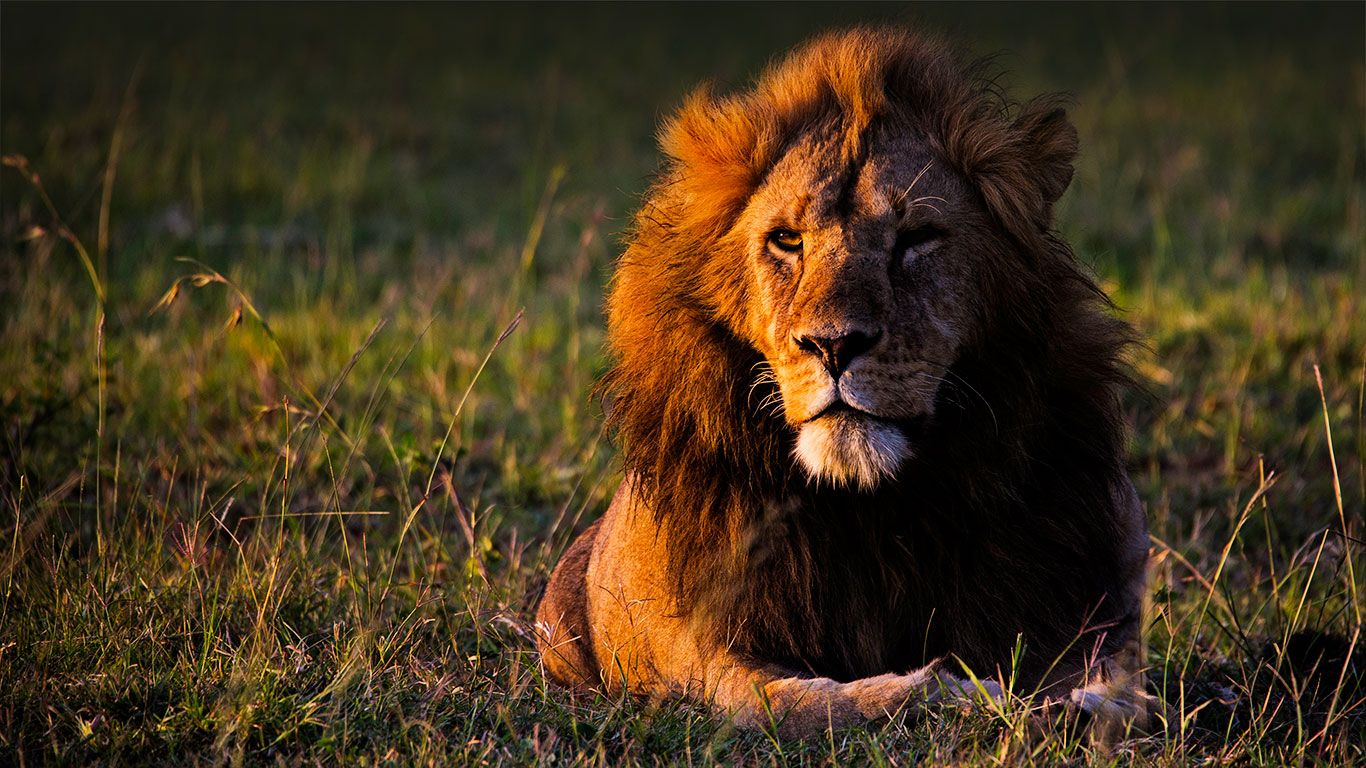 Spend a night in Nairobi before taking the exclusive SkySafari plane north to Meru National Park, steeped in the rich history of Born Free and the location where Joy and George Adamson raised the lion cub Elsa, the inspiration for Elewana’s beautiful lodge Elsa’s Kopje. Fly onto Loisaba to meet modern day conservation heroes working to protect the conservancy’s rich bio-diversity. The eight day adventure culminates at Sand River Masai Mara where guests will be sure to complete any outstanding game viewing wish list. 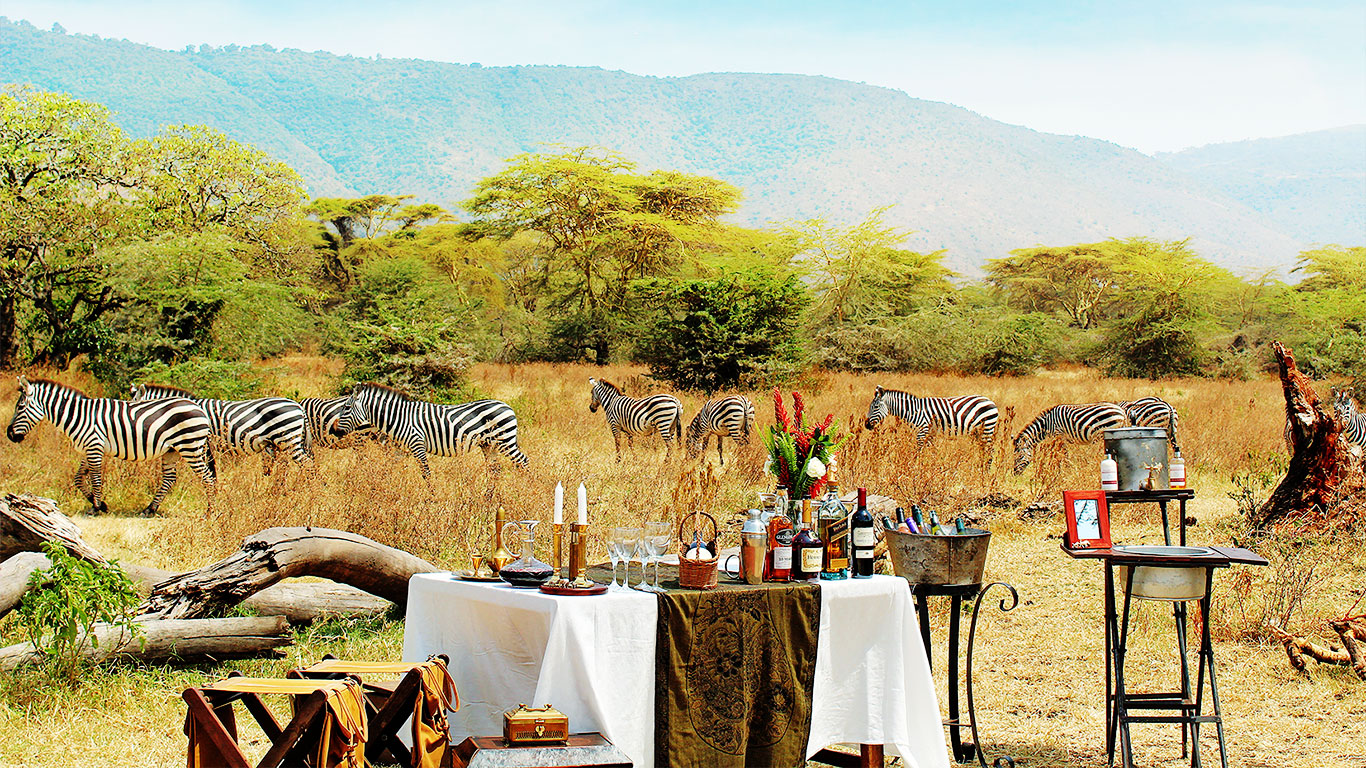 The SkySafari Tanzania journey starts at the Elewana Arusha Coffee Lodge, with accommodation in one of the beautifully designed Plantation Houses nestled amongst the coffee bushes. Guests then join the SkySafari plane to transfer to Elewana Tarangire Treetops where elevated rooms built into the Baobab trees offer magical views of Tarangire National Park. The journey continues to Elewana The Manor at Ngorongoro, part of a huge coffee estate with Cape Dutch-style farm houses and day trips to the UNESCO World Heritage Ngorongoro Crater. Guests will immerse themselves in the region before concluding the final nights at either Elewana Serengeti Migration Camp or Elewana Serengeti Pioneer Camp, depending on which is nearer the famous annual migration at the time. 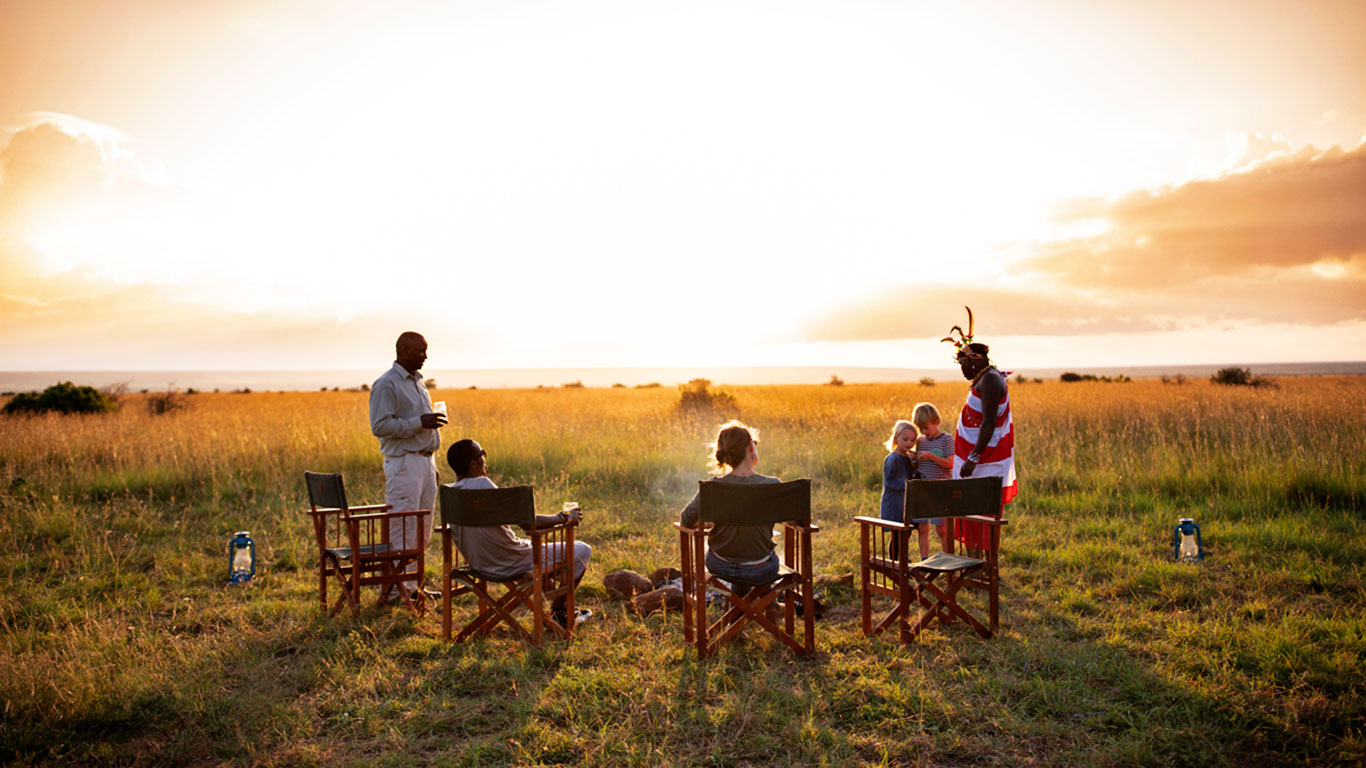 Offering optimal privacy and exceptional value to money for groups of friends and multi-generational family travel, all SkySafari itineraries are available for full buy out.